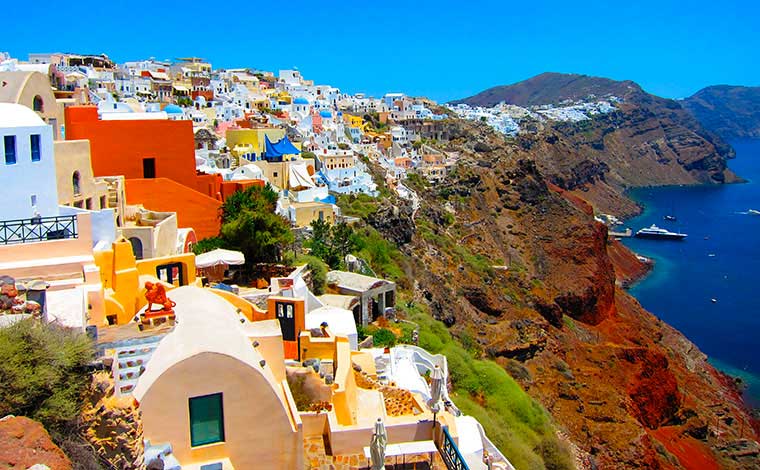 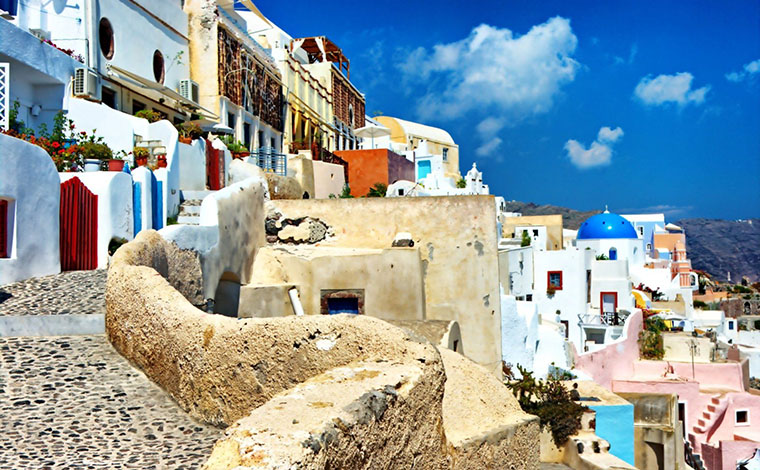 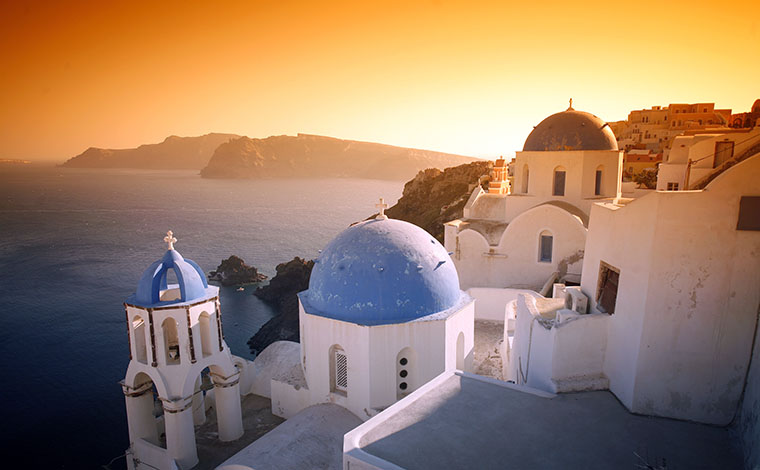 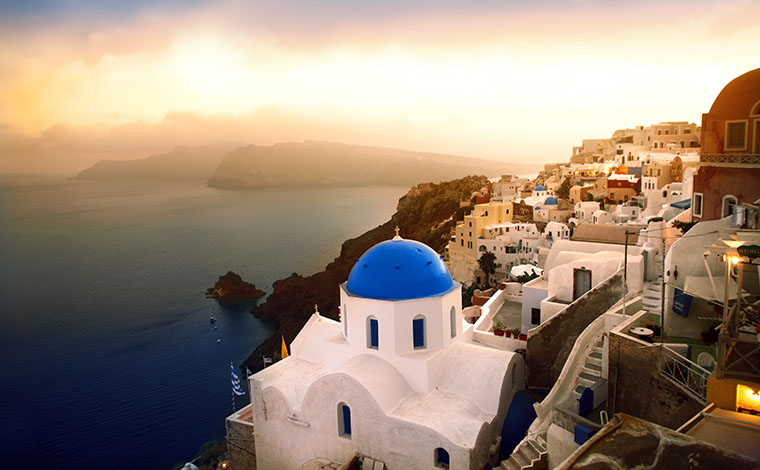 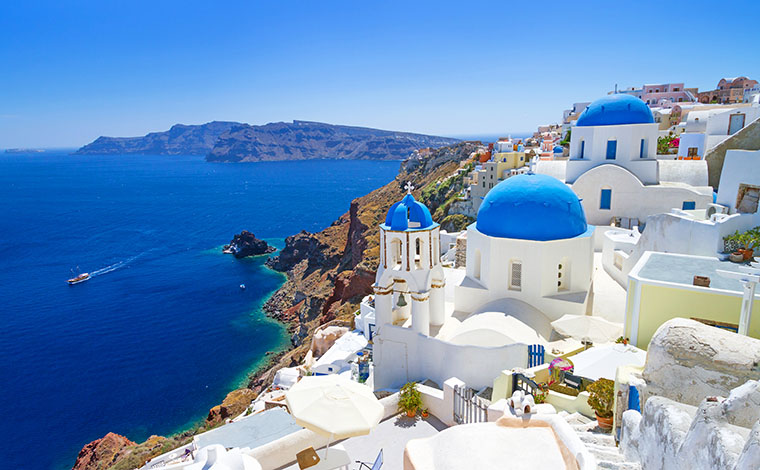 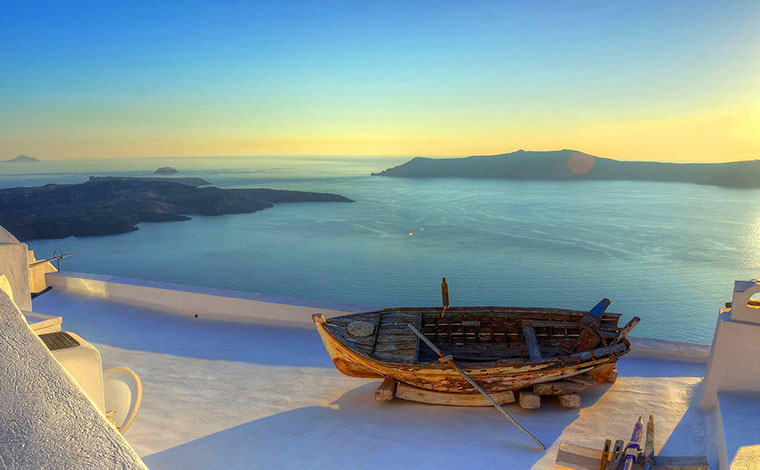 This tour will take you first to Mesa Gonia known as the Ghost Village of the island. The Village is named this due to the large earthquake in 1956, where almost everybody left due to the destruction that the Earthquake caused. Now many people have moved back to the village but the name has still remained. There you will walk around to see the traditional architecture of the village.
After Mesa Gonia we will continue to the village of Pyrgos, with its Cycladic architecture, Byzantine churches and a Venetian Castle. From Pyrgos the bus takes you to Imerovigli, an old aristocratic Village built on the Caldera. There you will also find the rock of Skaros, which are the ruins of the most important castle.

The last stop of our journey is the Beautiful Village of Oia, which has a breathtaking view over the caldera and volcano and has one of the most beautiful sunsets in the world. After the sunset you will board the bus which will bring you back to the point you started from.

This tour is available in English and German. Departure times from April till 4/9 : Kamari 15.00, Fira 14.40, Perissa 14.15 Return : 30 Minutes after sun set. Departure times from 5/9 to October: Kamari 14.00, Fira 13.40, Perissa 13.15 Return : 30 Minutes after sun set. Please note that in August the tour is not going to Imerovigli because the main road in Fira closes in the direction of Imerovigli. Instead of Imerovigli the tour will visit Santo Winery next to Pyrgos which is built next to the Caldera and is the biggest winery on the Island. Child price is valid for children 02-12 years old.